Several hours after the Trump Rally attendees are still in what can best be described as shock as they try to describe what happened at the President’s latest campaign rally.

So many things that a person wants to say but can’t quite articulate them yet.

A family that attended the rally are huge Trump supporters, for so many reasons.

They believe most of the American public if they just listen to the mainstream media doesn’t even know what’s really going on.

One thing they shared is they wanted all three of their kids to hear Trump’s message. They wanted them to see an American President, so they can hear his love for our country, his love for equality of all races, pro-law, and let justice be served for those that are abusing their power, love for our military, love of our founding fathers and our constitution. To hear from him how we are at war trying to protect these beliefs.

As they traveled home in their care and one son tunes on a news channel on the radio. He says, “Mom, they are taking what Trump said about slowing down testing of COVID so out of context.
They are lying.”

The mother states, “It was so awesome to have my son now completely witness what the MSM is doing to our country and how they keep hate and divisiveness so stirred up.”

The next day her son looked at pictures of the rally. What were the news outlets saying? Along with both of her daughters and even their 9-year-old daughter, they are able to state the difference in what occurred and what is being reported.

The mother did not want to get into a political social media fight with her friends.

She further states, “This breaks my heart for so many that do not believe we are in a fight for so much more than what anti-Trump people believe. Propaganda in America is real. It is hurting our country. They are re-writing history and changing the narrative for so many things.”

Not only does this mom, but so does Citizen Media News, promise you, we are at war for so much more than many believe.

It is one of the base tenets as to why Citizen Media News was started as she continued, “Please start researching news for yourself. We shared a picture taken 2 hours before the rally started, so yes, there were some empty seats. It was much more full than what the media is showing you. It was not as full as we expected. I believe there are many reasons for that. You cannot get any more Trump support than my family has and it was a dilemma for us to go and take our kids for fear of safety.”

This last quote is truly a shocking statement of the world we live in today. A mother and her family have to seriously consider about going to see their President for fear of their personal safety while traveling to the rally.

Think about this. These protestors, rioters, and looters have such a problem that they have placed fear into a loving American family about living their lives.

As reported by others, her statement agreed with so many attendees, “People were also turned away at the gates. That is the truth because of what broke out around 5:00 pm as people were arrested. The Silent Majority is very real. Trump supporters are afraid to speak out. It was also very funny my kids noticed the mainstream media journalists not wear their masks nor were they social distancing. When these journalists got on camera those masks would go on and then right back off.”

Her children hear the parents talk about the propaganda in our country but last night they were able to experience it for themselves. Learning first hand is far more powerful than parents telling their children what to believe and what not to believe. My 9-year-old daughter’s TikTok account keeps getting infiltrated with anti-Trump messages. She knows it is owned by China.

It is a great thing that this young girl has parents they are checking in on her. She would believe everything she is seeing. It is ever obvious they are smart in shaping young minds with an anti-American message.

As Citizen Media reports on this article we are receiving reports that so many attendees that are responding with the truth are having their social media pages attacked, hacked or cloned. Where is Facebook and Twitter which are always so quick with their third-party liberal verification processes? Why are not they protecting this everyday Americans?

It does not fit their liberal agenda.

This parent patriotically concluded, “We are raising truth-seekers and kids that believe in the Constitution and freedoms. If you are interested at all please start following the EPOCH journalist.
I only meant to state like 3 sentences and I realize I could write for hours so I will stop. My family and I LOVE all people. We LOVE our country and we are thankful for our founding fathers. We will continue to fight for Truth.”

Yes, we believe in those things too.

Slander on the Movie Set?

(27)
(as of December 8, 2022 00:33 GMT -05:00 - More infoProduct prices and availability are accurate as of the date/time indicated and are subject to change. Any price and availability information displayed on [relevant Amazon Site(s), as applicable] at the time of purchase will apply to the purchase of this product.) 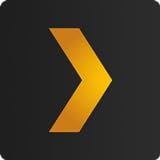 (208733)
$0.00 (as of December 8, 2022 00:33 GMT -05:00 - More infoProduct prices and availability are accurate as of the date/time indicated and are subject to change. Any price and availability information displayed on [relevant Amazon Site(s), as applicable] at the time of purchase will apply to the purchase of this product.) 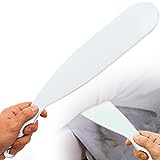 (70)
$13.99 (as of December 8, 2022 00:33 GMT -05:00 - More infoProduct prices and availability are accurate as of the date/time indicated and are subject to change. Any price and availability information displayed on [relevant Amazon Site(s), as applicable] at the time of purchase will apply to the purchase of this product.)

(1899)
$24.99 (as of December 8, 2022 00:33 GMT -05:00 - More infoProduct prices and availability are accurate as of the date/time indicated and are subject to change. Any price and availability information displayed on [relevant Amazon Site(s), as applicable] at the time of purchase will apply to the purchase of this product.)