From the words of someone who writes about and teaches subjects like critical race theory:

Denial of racism (More precisely, inherent white racism) is further proof of racism. The more one (white person) adamantly denies they are racist, the more racist they are. (This theory is reserved for white people only, and it is being taught in schools as fact. This is being taught to kids in our country right now).

By virtue-signaling thru self-admitting guilt and flaws, a person can claim intellectual superiority over the others who are also guilty but are unaware of, or in denial of, their guilt and flaw(s) due to ignorance or intellectual-inferiority. This includes individuals who will not admit or do not want to admit guilt for whatever reason. What’s more, the self-admitting person can not only claim intellectual superiority; they can claim that they are less guilty because they are indeed on the road to recovery and are in support of paying for their guilt and sin. Scientific, statistical, nor factual proof need be required just enough virtue signalers to support an idea to guilt the others. Thereby, that group of virtue-signalers not only can claim intellectual superiority over those who are in denial, but they can also condemn them and cancel them (perhaps someday soon, execute them). It’s their duty as a morally superior group of people to better society as a whole.

This is precisely what has happened with this whole “inherent white racism” fallacy. The woke have declared all whites are racists and that racism is inherent within white people. It doesn’t matter if those who claim this fallacy are racist or not. What matters is that they have virtue signaled by self-admitting their own guilt for this. It doesn’t matter if there is scientific or factual proof or not. If there isn’t proof, evidence will be generated by someone labeled as an “expert.” That so-called “expert” will back, promote and propagate the narrative. The leftist media will help propagate this, as will any and all on the left, including leftist politicians and leftist media. Those who refute this, by default, are racist. The more they adamantly refute, the more completely racist they are.

The other theory within all of this – The inherently racist and sexist white male has created an oppressive society of the white-male patriarchy. He continuously creates advantages for himself. He denies racism and sexism because he doesn’t want to lose the unfair, racist, and sexist advantages he has over women and people of color. I’ve heard this before in more or less words. “You just like the way things are for you right now, and you don’t want the oppression to end because you have the upper hand and don’t want anything to change.” Lol. Funny, much of this comes from white elites. Who has the advantage again?

This is how a cult works. In a cult, if you question the beliefs and doctrine of the cult or question the cult in any way, you are proof that the cult’s theories and ideas are valid, factual, and correct. You are the enemy of the cult. Your lack of belief is proof that the cult is correct. You are only in denial of the cult’s beliefs because you know them to be accurate, and you are scared of the truth. Or, you are intellectually inferior or ignorant, and your lack of intelligence prevents you from comprehending and/or seeing the truth.

From all of this, I would venture to say what is happening on the left in our country to be in line with a cult’s behavior. Along with the media and useful idiots, the leftist operatives develop a cult following who will nod their head up and down in the vertical plane at any narrative that’s propagated to them. They will condemn and attempt to cancel anyone who is put on the blacklist. All of this is fueled by hate. The cult can spiral out of control at any moment. This is precisely how tyrannical leaders have developed cult followings in the past to exact their evil agenda. It’s how Mao got Chinese citizens to murder millions of Chinese. It’s how Hitler did it, Lenin, Pol Pot, Stalin, Mussolini, etc.

If you do not think it could happen here, that history could not repeat itself, well, you’re naive. The initial target has already been stated loud and clear. This is the common enemy that is being propagated. The inherently racist and sexist white male, white supremacist, domestic terrorist. Whites, and specifically, white males. When would you say that this target was identified? A couple of years ago? Nah. It was identified many years ago. It’s been decades coming to the point in time we find ourselves in right now. But this can accelerate out of control at any time, just as it took decades of development for Mao, Lenin, Stalin, and Hitler. But when it went from hatred in a common enemy to imprisoning and executing that common enemy, it happened almost overnight.

(59)
(as of August 10, 2022 19:32 GMT -05:00 - More infoProduct prices and availability are accurate as of the date/time indicated and are subject to change. Any price and availability information displayed on [relevant Amazon Site(s), as applicable] at the time of purchase will apply to the purchase of this product.) 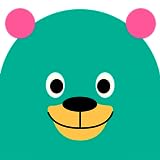 (25995)
$0.00 (as of August 10, 2022 19:32 GMT -05:00 - More infoProduct prices and availability are accurate as of the date/time indicated and are subject to change. Any price and availability information displayed on [relevant Amazon Site(s), as applicable] at the time of purchase will apply to the purchase of this product.)

(105)
(as of August 10, 2022 19:32 GMT -05:00 - More infoProduct prices and availability are accurate as of the date/time indicated and are subject to change. Any price and availability information displayed on [relevant Amazon Site(s), as applicable] at the time of purchase will apply to the purchase of this product.)

(11)
$14.99 (as of August 10, 2022 19:32 GMT -05:00 - More infoProduct prices and availability are accurate as of the date/time indicated and are subject to change. Any price and availability information displayed on [relevant Amazon Site(s), as applicable] at the time of purchase will apply to the purchase of this product.)