A Welcome to the Woke

For New Growth First the Seed Must Break

Now that I am no longer bound by “professional standards” I can at last speak my mind on things including the president and the presidency. I have sat back and held my tongue but now the gloves are off. And if my comments upset someone who is a friend on Facebook then I apologize in advance for upsetting you, not for what I am about to say.
It is noting short of disgraceful as to the way some people have treated President Trump. He has been criticized for putting America first, trying to slow the infusion of illegal Immogramtd who would rather find a way to circumvent the law and cross illegally into our land. Our country should always be first in our hearts and minds. Most in Washington don’t like the president because he was not a politician rather a businessman who was trying to put our,country back on the right track. For the first time In our history we are no longer dependent on foreign countries for,our energy. Don’t give me that crap about how much damage it’s doing to our country. We should andmmust continue to supply ourselves first. Our economy prior to this WUHAN VIRUS aka COVID 19 and yes it is from CHINA SPECIFICALLY WIHAN CHINA and no the president is not responsible for its creation. When he spoke of closing borders to protect our people. All you snowflakes whined and called him names no president regardless of what political affiliation should be called. So what he didn’t cater to the Chinese and Mexicans and let them take our jobs. He kept his promise of putting our country ahead of others. So do you snowflakes think China, Russia and every other country doesn’t think about themselves first ? If you don’t believe,me then you are sadly misguided and dilusional f you think any other country, friend or foe, has our best interests above their own.
As far as what you twit snowflakes call catering to North Korea and other hostile countries, the old axiom keep your friends close,and your enemies closer seems to have kept us out of major military conflicts. You will find out when Biden and Harris take over the office of the presidency how quickly we will slip backwards in our economy and foreign trade. Get ready to be dependent on the Middle East for oil and wave goodbye to jobs headed back to China and Mexico. You’ll see. As for all this bullshit free stuff Biden and Harris and the rest of the snowflake central are calling for how are they gonna pay for it. On the backs of working America that’s how. Oh they say they will tax big biz. Guess what those taxes will get passed down to the consumer while fat cats in Washington like pelosi Schumer and AOC continue to make money hand over fist and grease their own pockets, while workers across the country struggle to make ends meet. You will find out when gas is 4$ a gallon and a pound of bologna is all you can afford. Because you’re grocery bill has skyrocketed.
Then let’s see what you do when your constitutional rights are slowly taken away so the progressive left can have their free Bennies with the cost borne by workers.
Oh and if anyone of you delusional dipshits believe Biden will still be president in a year boymare you going to get a,rude awakening when they suddenly announce he’s no longer capable of holding office and Harris is the president with some douchebag like pelosi or,even worse AOC as Vice President you mark my words the plans are already in motion. Biden is so clueless he won’t see it coming, mainly because he won’t be able to pull himself away from his see spot run collection of books because,that’s about all he be able to comprehend before,it’s over.
So you all just keep right on celebrating and threatening those of,us who support the president. I am proud to say in my living room hangs a personally autographed,picture,of the 45th President of the United States and I’ll defend it along with my rights and my country till the bitter end.
So all you be warned, it’s not gonna get any better than it has been the last four years.
Well if you don’t agree that’s fine and if you want to trash me then at least you’re letting somebody else rest. And if you are,so blind and bubble headed then enjoy the future cause it’s,gonna be a wild one.
And if I lose a,few,friends over such things them so be,it.

The Lord of the Rings: The Rings of Power - Season 1: Title Reveal

(18324)
(as of September 28, 2022 01:42 GMT -05:00 - More infoProduct prices and availability are accurate as of the date/time indicated and are subject to change. Any price and availability information displayed on [relevant Amazon Site(s), as applicable] at the time of purchase will apply to the purchase of this product.) 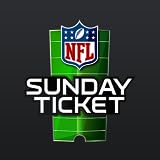 (42491)
$0.00 (as of September 28, 2022 01:42 GMT -05:00 - More infoProduct prices and availability are accurate as of the date/time indicated and are subject to change. Any price and availability information displayed on [relevant Amazon Site(s), as applicable] at the time of purchase will apply to the purchase of this product.)

(5)
$28.99 (as of September 28, 2022 01:42 GMT -05:00 - More infoProduct prices and availability are accurate as of the date/time indicated and are subject to change. Any price and availability information displayed on [relevant Amazon Site(s), as applicable] at the time of purchase will apply to the purchase of this product.) 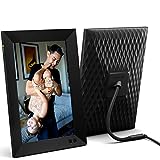 (95)
$14.99 (as of September 28, 2022 01:42 GMT -05:00 - More infoProduct prices and availability are accurate as of the date/time indicated and are subject to change. Any price and availability information displayed on [relevant Amazon Site(s), as applicable] at the time of purchase will apply to the purchase of this product.)