Reasons Not To Vote For Jo Jorgensen - Citizen Media News

Three reasons not to vote for Jo Jorgensen: 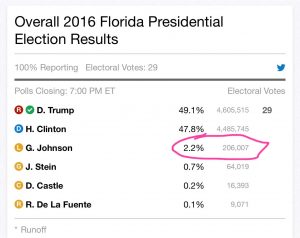 Trump would have still won. But it’s a swing state, not small potatoes.

3) Prostitution isn’t as cool as she makes it sound. It’s a lot of human trafficking, disease, substance abuse and death. She calls it capitalism.

It was a theory about how it could have changed the election results, they were neck and neck.

Lastly, I’m in Nevada and the brothels haven’t solved our prostitution problem. I even sat on the health committee this year trying to solve the syphilis and hepatitis issues.  It’s dangerous work. The reason prostitution has a system where women work under a pimp is because they do nothing else but provide some semblance of safety. So either you leave women vulnerable or you sell them like products. There’s no happy medium if you’re selling sex.

So vote for her if you literally don’t understand what is going on, or you were gonna vote for Biden.

National File’s Howley Hits Another One Out Of The Park