Is it too much of a coincidence that the Biden for President logo has connections with socialist and communist remnants of an era from China’s history some 60 years ago?

The three simple stripes that make up the letter “E” in Biden eerily callback to the “Three Red Banner” slogan from when China was building into a state in the late 1950s early 1960s. 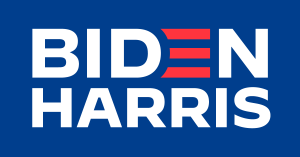 From Wikipedia – Three Red Banners was an ideological slogan in the late 1950s which called on the Chinese people to build a socialist state. The “Three Red Banners” also called the “Three Red Flags,” consisted of the General Line for socialist construction, the Great Leap Forward and the people’s communes.

The Other China: Hunger Part I – The Three Red Flags of Death
WORLDVIEW Magazine – May 1, 1976

Excerpt: Even this strange human scene, however, dwindles to a pinpoint and is gone as one withdraws to that high plateau where policy is formulated and proclamations are made. In the 1962 communique of the Tenth Plenary Session of the Eighth Central Committee of the Communist Party of China a single phrase—”the temporary difficulties encountered by the Chinese people”—encompasses the agony of China under the Three Red Flags.

Excerpt: The pressures behind the dramatic inauguration in 1958 of “Three Red Banners”—i.e., the general line of socialist construction, the Great Leap Forward, and the rural people’s communes—are still not fully known. Undoubtedly, a complex mixture of forces came into play. Mao personally felt increasingly uncomfortable with the alliance with the Soviet Union and with the social and political ramifications of the Soviet model of development.

The Evil Reason for Defunding the Police