“Gone with the Wind”, a 1936 novel written by Margaret Mitchell.

This novel was adapted into a 1939 film that went on to win multiple Academy Awards. It won 8 Academy Awards including the award for the first black actress, Hattie McDaniel.

Startup streaming service, HBO Max announced that it would be removing “Gone with the Wind” from its library.

Is HBOMax proposing we burn and ban the novel, too? 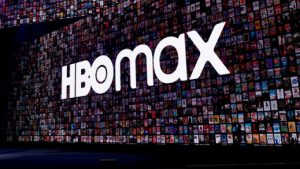 Gone with the Wind, a 1936 novel by Margaret Mitchell. Won 8 Academy Awards including the award for the first black actress, Hattie McDaniel. Is @hbomax proposing we burn & ban the novel? @realDonaldTrump @RealCandaceO @RealDeanCain @ScottBaio @KristySwansonXO @RealJamesWoods

Mark Hughes, a filmmaker and part-time columnist for Huff Post and The Slate, actually minimalizes the censoring of the film by stating, “it’s been around for 90 YEARS so if you didn’t see it yet it’s probably not REALLY big deal to you anyway.”

With that reasoning, does Hughes advocate since most Americans never laid eyes on the 231 years old, US Constitution, in it’s hermetically sealed case in the US Archives in Washington DC, it might be best to ban that too?

It is not so much the book or movie being banned or whether it has been read or seen, it is about the ideology of the freedom bestowed upon us by our Constitution, being banned by zealots reacting in a sensational manner.

.@HBOMax only pulled #GoneWithTheWind temporarily to add discussion of context a/b racist depictions. Meanwhile it’s available ALL OVER THE INTERNET to stream/rent/buy, & it’s been around for 90 YEARS so if you didn’t see it yet it’s probably not REALLY big deal to you anyway.