A screaming red headline on the Drudge Report yesterday proclaimed: “NYT Bush, Romney will not support Bush Reelection.”  The article is sourced from the New York Times, so take it with a grain of salt, but if true, then the divorce is finally happening.

And it’s about time. Bush has never once publicly come out against the – alleged – Obama directed Deep State Coup. President Trump has pointed that out as well.

Bush’s silence is consent. There’s no other way to say it. Sorry not sorry.

Bush, and the people he represents, have been sitting on their hands, seeing if Trump was a fad, or if he would implode, or if Obama’s Deep State would finally take him out. None of those things happened. There is a real concern in Bush World that Trump and his voters could be around for a while.

The Bushes of the world believe the levers of government belong to them and their kind –  not the rabble that Trump represents. The disdain for Trump’s voters is clear, and the debates with Jeb in 2016 crystallized that as Jeb didn’t seem to take the issues Trump voters cared about – globalization, for example – very seriously.

What Trump has exposed in three short years is that there are four camps fighting for control of the soul of the United States Government:

So now with Trump’s re-election looking extremely probable – the Obama wing overplayed their hand with the riots – the three factions above that are currently out of power are exploring possible alliances.

The split could come soon after Trump is reelected. Here’s the scenario: after Trump is re-elected,  a new political party is announced consisting of Globalist Establishment types led by Romney and the hidden hand of Bush. They also enlist disaffected democrats who are uncomfortable with the socialist/communist Obama agenda. There are a lot of those.

Finally, and this is the plan, this new party peels off enough senators to hamper Trump and deny him a majority of votes in the Senate. The media cheers.

This new party will most likely not be called “Globalist Establishment Former Republican and Democrat types” but my name for it will be “Trump Takedown Attempt X”  (x being a variable; I don’t know what number we’ll be up to by then.)

But so be it. Game on. Stay tuned. More on this next time.

(231)
(as of February 7, 2023 12:25 GMT -05:00 - More infoProduct prices and availability are accurate as of the date/time indicated and are subject to change. Any price and availability information displayed on [relevant Amazon Site(s), as applicable] at the time of purchase will apply to the purchase of this product.)

The Economist - US Edition

Never Give an Inch: Fighting for the America I Love 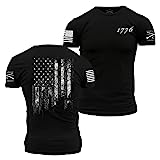 (8346)
$26.95 (as of February 7, 2023 12:25 GMT -05:00 - More infoProduct prices and availability are accurate as of the date/time indicated and are subject to change. Any price and availability information displayed on [relevant Amazon Site(s), as applicable] at the time of purchase will apply to the purchase of this product.)

News of the World [DVD]