Who Was Josiah Walls?

He was the first black Congressman from the state of Florida. He served in the 42nd Congress.

He was a Republican.

He passed away on this day 115 years ago. Citizen Media News wanted to take a moment to remember Congressman Walls.

Take a moment to read his story by clicking on this text. 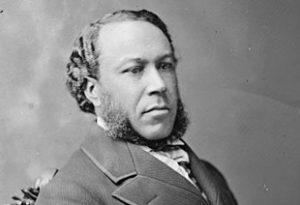 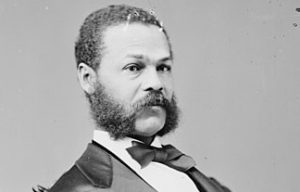 In the next Congress, there were four black gentlemen elected. In this group was Josiah Walls, who served until 1877.

After the first six took office, fifteen black congressmen would serve. The last person of this time period was Oscar Stanton De Priest, who left congress on January 3, 1935

There would not be another black republican to serve in congress until Gary Franks’ tenure in 1991.

Congressman Hurd is the only seated black Republican Congressman at this time.

In fact, there have only been 7 Republican Congressmen that were born after slavery ended.

Congressman Walls left congress in 1877. Do you know who the next elected black Republican from the state of Florida was?

Thank you Rep. Walls for blazing the trail for the handful of Republican Congressman that served after you.

The new generation of Black Republicans across the country that have stepped up to run for a position in Congress includes Jarome Bell Bell from Virginia, Joe Collins and Errol Webber from California have announced their candidacy for Congress.

Congressman Walls, who was born a slave, was the first black man elected to Congress from Florida. pic.twitter.com/5ho2LOPGBz

Congressman Walls was elected from Florida's 2nd District and focused on education and economic improvement for former slaves.

"Can former slaves protect their freedom without education?" he asked during a speech on the floor of the House.

Congressman Walls endured continual Ku Klux Klan violence during his time in office. He was shot at, several times, and harassed at political rallies by Klan members from Jacksonville.

From Wikipedia, used for ease of formatting: