DATA: North Carolina - The Skinny - NC Dept of Commerce Issues New Claims Information - Only Half the People Have Been Paid?

North Carolina Department of Commerce has changed the way it is publishing its information.

From the Bureau of Labor and Statistics:

The North Carolina Division of Employment Security made a small, but meaningful change to its website today. Instead of highlighting the cumulative claims figure, the division is now breaking out how many individuals have filed claims.

A spokeswoman for the division said the duplications come from people filing for the Pandemic Unemployment Assistance (independent contractors and self-employed), who had to be found ineligible for state unemployment before qualifying for the PUA.

There are some drastically huge numbers reported.

A number to point out is there have been 861,713 individual filing claims. However, only 494,251 claimants received payment. 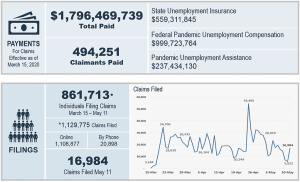 To make matters worse is when you compare them directly to March 2020’s unemployment numbers. The chart above indicates a start date for tracking on March 15, 2020. That should mean this chart below would encompass the above chart’s data since it is reporting through the end of the month.

At the end of March, there were 210,268 people unemployed. Fast forward to today with the stated unemployment numbers of 861,713. More than 840,000 individual claims were file from the end of March until now. During that time, only 494,251 claimants received their compensation.

Citizen Media News is interested in knowing more in-depth data about these numbers that have caused such a catastrophic impact on North Carolina.

In further comparing numbers with these charts, there are arguably about 16,000 cases known in North Carolina. Most of which have occurred in institutions such as nursing homes and the like. Combine this with the total number of deaths of less than 600. Something does not seem correct in so much, we would self-inflict such hardship on many people as we have over the past few months.

For the 600 families dealing with the supreme issues, we don’t make light of their situation. We remember them.

We do ask our state government to release better numbers concerning the true meaning of their transitions. Specifically, what are the rates of transition of people these past three months versus the same period last year?

Listed below are links to news stories from ABC and CBS news addressing issues in prisons and a different report on the data for children. 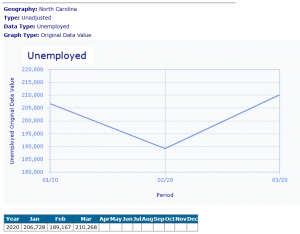 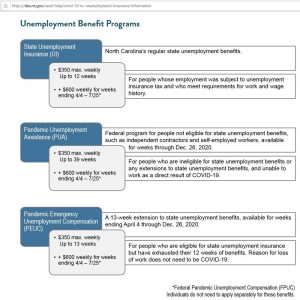