The Burden of Man

Its time to take a stand! 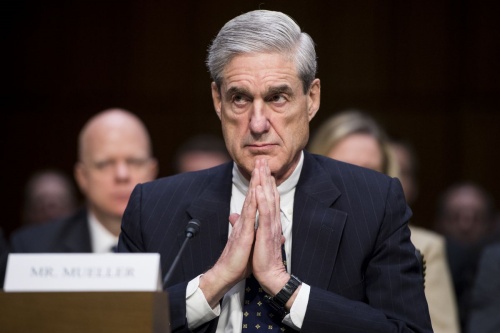 Monday, a reporter for OAN News posted an update about Roger Stone, a long time friend of President Donald J. Trump, and a popular political icon, who has been ordered to prison this week after being found guilty of lying to congress about a crime that seems to have not ever happened.

“Roger Stone reveals the FBI offered him no jail time if he offered dirt on Trump.  He refused and said there was none,” Jack Posobiec said.

BREAKING: Roger Stone reveals the FBI offered him no jail time if he 'offered dirt' on Trump. He refused and said there was none.

Roger Stone is a political prisoner.  No one would have investigated Stone unless they were trying to find a crime to frame him with so he would flip on the President.

When the Government goes Rogue: Lawfare against Roger Stone, Mueller like a bitter ex-wife

Citizen Media spoke with a longtime political pundit, Roger Stone about the status of the legal issues he has with Special Counsel investigator, Former FBI director, Robert Swan Mueller III.

“It is now abundantly clear that [Mueller] intends to frame me on some conjured-up, concocted offense in an effort to leverage my testimony against the president of the United States,” he said. “I will be targeted in an effort to trump up charges against me to get me to turn on Donald Trump. Not happening.” He added that he will “never roll on Donald Trump,” said Roger Stone.

Mueller’s work as Special Counsel has been an embarrassing non-stop campaign of his own, against American citizens for what looks like nothing more than political activism against Mueller’s opponent, President Donald J. Trump.

BUT HOW CAN MUELLER GET AWAY WITH THAT?

David Benowitz, a White-Collar Criminal Lawyer in DC., talked to Citizen Media about the cornerstone of Mueller’s case: George Papadopoulos. Benowitz said what was most interesting to him was that the Papadopoulos incitement, at the time, was under seal and he had a cooperation agreement.

“It will be interesting to see what comes out about what he did when he was under seal, he may have been wearing a wire. There is a lot more to come out, “ Benowitz said.

“You give up a lot of rights when you plead guilty,” Benowitz said, signaling that he expected some juicy things to be made public in 2018.

Benowitz told Citizen Media about the provision of the law “Part 5k-Departures” which gives substantial assistance to authorities, which is most important in Federal criminal cases.

“If you cooperate with the prosecutor he or she can ask the judge for a lesser sentence. Sentencing guidelines show the prosecutor has enormous power.  And Papadopoulos wanted to cooperate because he can plea down to probation. He has done well for himself with his cooperation agreement. He pled to one of the lowest charges,” said Benowitz

“In the Thick book that talks about and describes crimes and enhancements there are guidelines like if you are using sophisticated means of influencing more than 5 people, you have a higher sentence. That could be Treason in this case, which is a crime.  There is no crime called Collusion,” he said.

Papadopoulos isn’t a major player in the administration. “It’s the little guy who knows a lot, who they go after” Benowitz said.

For more on pleas under 5K 1.1 sentencing guidelines, in this case, read HERE.

Charges were dropped on Russians, but not on Stone.

We know Mueller’s office did not find any evidence of Russian collusion but did u also know that charges that Mueller’s team brought against 12 Russian nationals were quietly dropped last month? Unreal @MorningsMaria @FoxBusiness @FoxNews @SundayFutures

The charges and pleas in Mueller's investigation:

This isn't an investigation, it's lawfare. Warfare but using the legal system to spend your adversary into a plea to avoid complete financial destruction https://t.co/KPdywDoyEy

Stone was found guilty in a Kangaroo court and has lost all of his pleas for a new trial.  Citizen Media covered the order by an Obama appointed judge, to report to prison on Thursday unless he gets a pardon from Trump.

We will continue to cover this story.