Creator of NC Rebellion BBQ Movement, "People are Tired of not Living Life" 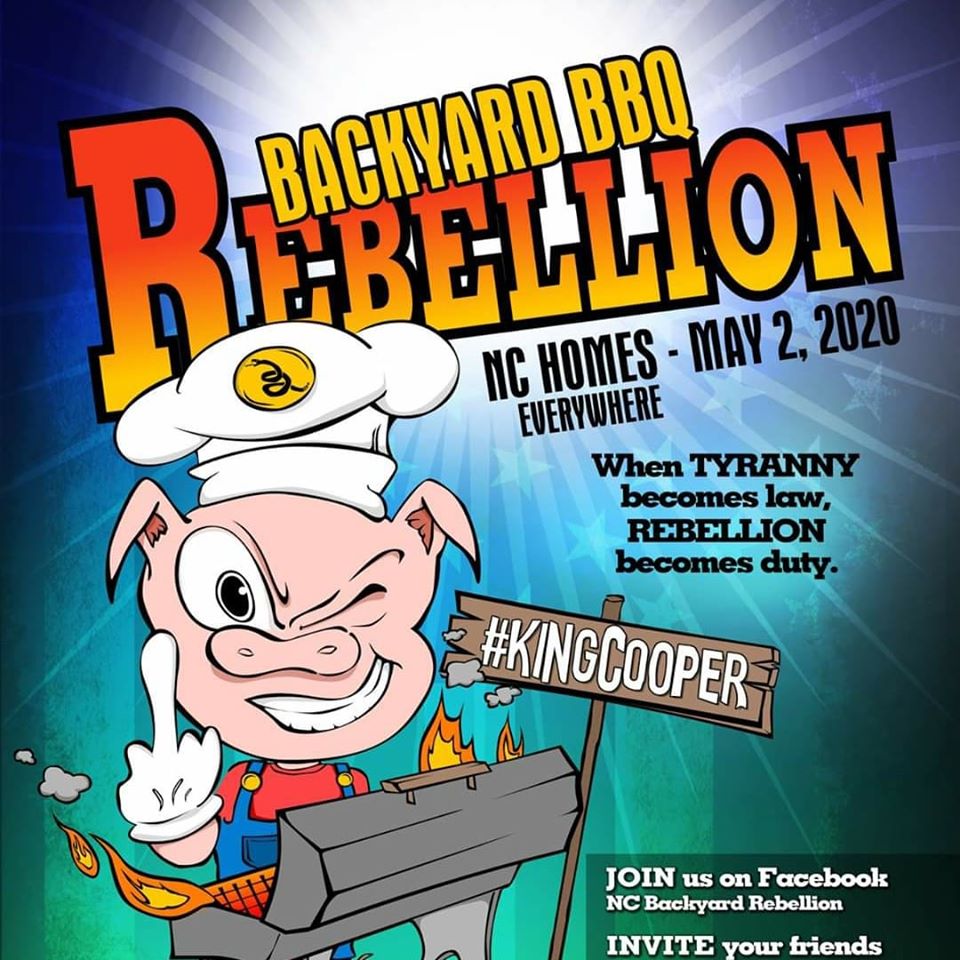 North Carolina residents are fleeing to the capital in Raleigh to hold the third protest demonstrations over Governor Roy Cooper’s shutdown orders Tuesday, and one local woman will be promoting her plans to encourage rebellion by having backyard BBQ’s.

“May 2nd is my birthday and I wanted to have a BBQ in the backyard, and it struck me that I could do something proactive about our situation and have a good time on my birthday, at the same time, by having a small BBQ,” Paula Calloway told Citizen Media.

“What we want is people to concentrate on is having an event and posting photos online with hashtag #KingCooper and tag Governor Roy Cooper so he can see us,” Calloway, a long time grassroots activist, said.

“I know some people are opening their business on May 1st in protest of the shutdown orders, and I don’t have a business door to open, so this is my protest,” she said.

“I spent last week being so angry, people who were supposed to be on the front lines doing something, were doing nothing, and I want to see more action.  I can’t open my door to a public business like others will do that weekend, but I can invite people to a BBQ and invite as many as I want.  Freedom is my passion and I want people to flood Cooper’s social media with photos and posts of them using their freedom on my birthday.

“We are not dying because we had a BBQ, people are tired of not being able to live.”

According to her Facebook page, NC Backyard Rebellion, Calloway has a plan:

“Who’d have thought that a simple backyard BBQ would become an act of civil disobedience, yet, here we are!
Saturday May 2nd, lets all send a message to Gov. Cooper that NC Citizens will not be ruled over, we are free people and we do not need permission to live our lives!
A backyard BBQ doesn’t seem like much but it is a start. If people all over our State will commit to hosting or attending a gathering in their own areas, we can send a clear message to #KingCooper and we all get to have some fun while doing it!
How to participate?
1. Plan a backyard BBQ for Saturday (or any type of gathering)
2. Invite at least 11 of your friends or family or even your community
3. Share pictures/videos of your gathering to Coopers Social Media Sites using the hashtags #KingCooper #NCBackYardRebellion
4. Share your pictures in this group”

Calloway said she has gotten a great deal of enthusiastic support in the three days since she started her page.

What she wants people to concentrate on is having fun at the BBQ event, “but make sure to take photos and plaster them on social media- hopefully, this will continue everywhere,” she said.

Citizen Media will be following as these events unfold.