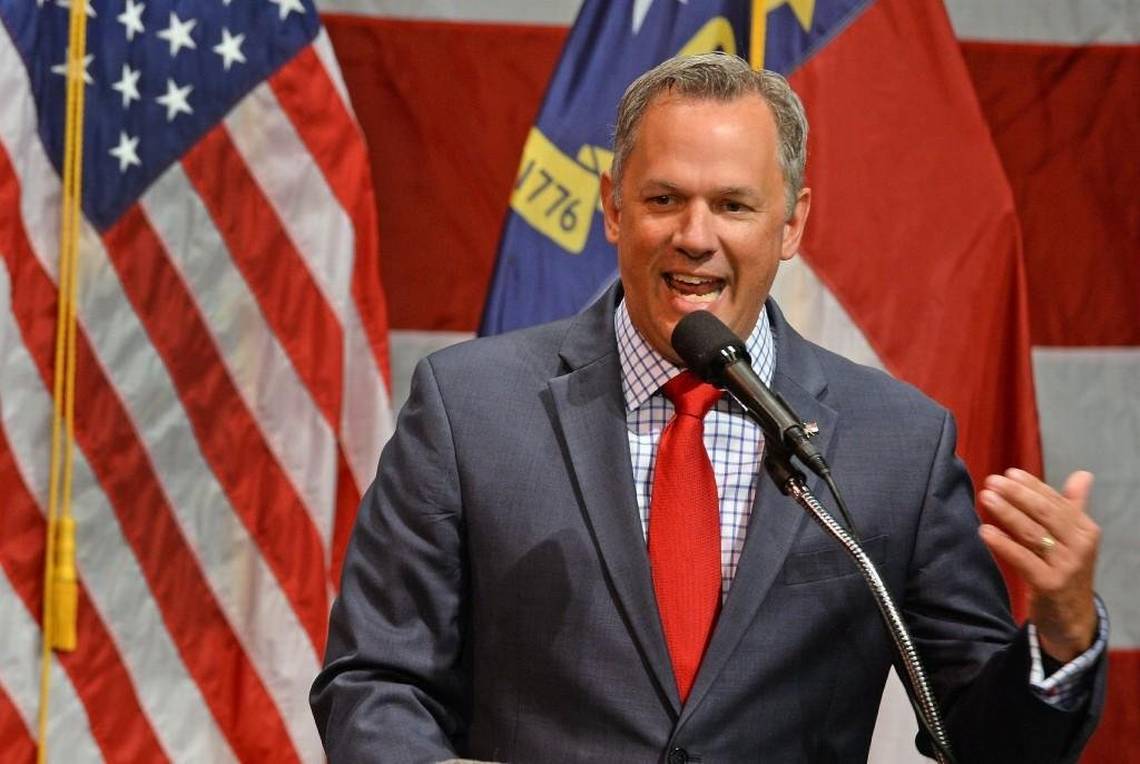 The Republican Lt. Gov of North Carolina, a fiercely fought over battleground state for President Donald J. Trump, called on Democrat Governor Roy Cooper, Wednesday,in wake of calls from the President, to release a plan for the state to reopen the economy after the numerous citizen uprisings at the State Capital over the last two weeks.

“North Carolina must have a sense of urgency to reopen. We can do two things at once – protect lives and livelihoods. The citizens of our great state deserve nothing less,” said Lt. Governor Dan Forest, 2020 candidate for North Carolina Governor.

“I would be surprised if most of you in the audience have not been lobbied by the Chinese Communist Party directly.

So here’s the lesson: The lesson is that competition with China is not just a federal issue. It’s why I wanted to be here today, Governor Hogan. It’s happening in your states with consequences for our foreign policy, for the citizens that reside in your states, and indeed, for each of you.

Competition with China is happening inside of your state, and it affects our capacity to perform America’s vital national security functions.”

Tell the Democrat Governors that “Mutiny On The Bounty” was one of my all time favorite movies. A good old fashioned mutiny every now and then is an exciting and invigorating thing to watch, especially when the mutineers need so much from the Captain. Too easy!

You missed a “T”: Transparency. https://t.co/ukZZbwsvea

“It is time for Governor Cooper to have a sense of urgency to reopen our economy and allow people to return to their livelihoods.

The Governors of South Carolina, Tennessee and Georgia, among others, have all announced their plans to safely reopen their states.

Governor Cooper has yet to release his plan. He has repeatedly stated that he is waiting on Personal Protective Equipment (PPE) and testing from the federal government before he does so.

With manufacturers of these products right here in North Carolina, we need to stop waiting and provide for ourselves as other states have done,” Dan Forest’s statement read.

The police did a good job at #ReOpenNC tensions were high at times because these people are losing everything. The police have a hard job. @RoyCooperNC did not show up, however, and face anyone. pic.twitter.com/ear9nBitxi

Tuesday a large group of protestors were in the capital city of Raleigh, outside of the Governor’s mansion, with a group called “ReOpen NC” who represent many small “micro” business, or business under 50 employees.

Many of the citizens express frustration over not being able to work and fear over the loss of civil liberties.

The group represents a bi-partisan effort to re-open the economy in North Carolina.

VIDEO: You Make the Call – Second Amendment or Not?