"It's a Death Sentence" Stone Said, as Judge Orders Him to Prison and Releases Opponents of Trump 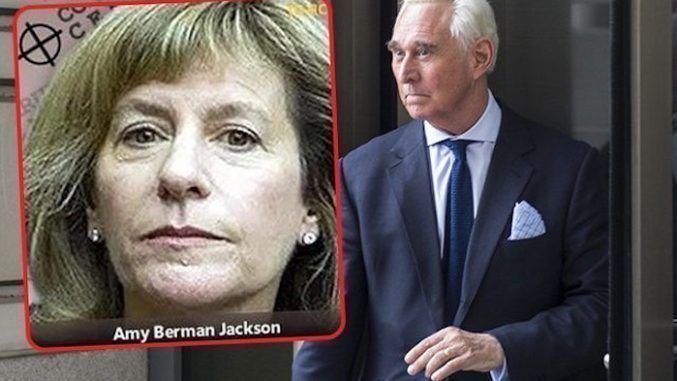 A long time Libertarian/Conservative American political icon, with a history of asthma, has been ordered to prison in 10 days, at the same time the liberal judge over his case has released inmates because of their health concerns from the COVID 19, which causes death by a respiratory illness.

Roger Stone, a long time friend of President Donald J. Trump made a number of appearances last week talking about the order that he show up to prison next week, after his attempt to get a retrial was denied by a federal judge.

Jackson has a troubling pattern of behavior against Stone, including allowing a jury foreman with obvious political bias against Stone, to be an influential member of Stone’s jury.

🇺🇲#RogerStone has been treated unfairly; clear partisan/hateful bias against him

Absurd a Judge would rule the forewoman was truthful & impartial!

The foreperson made negative public comments about Stone & other @realDonaldTrump supporters@TinaAguayotv pic.twitter.com/RXlkdzACSb

Stone was on Tucker Carlson’s show on Fox News, speaking out in his own defense for the first time in months since Jackson slapped a gag order on him during his trial for charges related to the fraudulent Russia investigation.

According to Fox News, “Stone said that compounding his advanced age, history of asthma, other underlying health problems and prevalence of the coronavirus, the jail term he is receiving is essentially a death sentence,” they reported.

Carlson on his show noted that former Trump attorney Michael Cohen, who has since become a vocal opponent of the president, will be leaving jail soon, as well as celebrity lawyer Michael Avenatti.

President Trump needs to pardon Stone and everyone who was caught up in Berman-Jackson's political witchhunt! https://t.co/z1dkS3zmBu

“I really don’t know, Tucker. I was very hopeful that the motion for a mistrial in my place was based on flagrant and blatant, even egregious juror misconduct would have won me a new trial,” Stone told Carlson.

“The U.S. Supreme Court has been clear that all defendants are entitled to a jury that is impartial and indifferent, but in this case, it is indisputable that the jury forewoman attacked both me and President Trump in 2019’s social media postings, lied about that during jury selection, and then later deleted her Facebook page to cover her trails,” Stone said.

“In this case, legal authorities as diverse as Judge Andrew Napolitano, and Professor John Turley have both said that I should be entitled to a new trial. But that is not the case. So at this point, the judge has ordered me to surrender in two weeks, and at 67-years-old with some underlying health problems, including a history of asthma, I believe with the coronavirus, it is essentially a death sentence,” said Stone.

There is popular consent that President Donald J. Trump should pardon Stone.

#RogerStone was prosecuted during a sham illegal coup attempt, and his Obama/Hillary loyal biased judge never gave him a fair day in court.

Fortunately @realDonaldTrump knows just how dirty @Comey and Mueller were.

.@RealDonaldTrump should pardon Gen. Flynn, Roger Stone, Manafort and virtually every other American caught up in the corrupt Mueller special counsel operation.

And directly appoint a special counsel to hold the Obama/Clinton/Deep State abusers accountable to the law. https://t.co/9jbqks91iJ

Citizen Media will be following this story.

VIDEO: Congressman Bishop Speaks on the Burden of the Governor

“The Shutdown is Not About Your Health” Says Former NC Commissioner, Karen Bentley