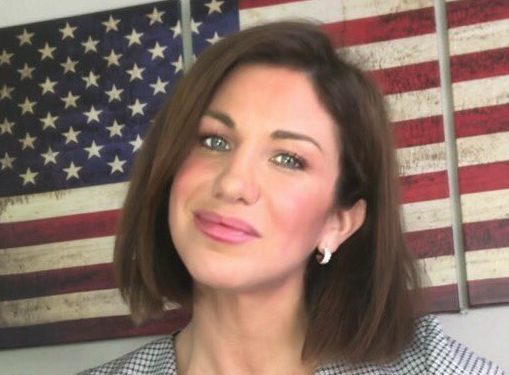 DeAnna Lorraine, who ran against Nancy Pelosi for Congress during this past Super Tuesday Primary, had President Trump retweet one of her messages that included the hashtag #FireFauci.

This may have caused some controversy in the Trump White House because the President retweeted DeAnna’s original tweet uncensored. Some have speculated the retweet could have been an effort to get the #FireFauci hashtag some exposure with out President Trump doing it directly.

Sorry Fake News, it’s all on tape. I banned China long before people spoke up. Thank you @OANN https://t.co/d40JQkUZg5

Here DeAnna is speaking at the American Priority Conference at the Trump Doral Hotel in Miami, Florida.

Not one to mince words she has had several tweets calling out Dr Fauci on his possible alternative political leanings. As an activist, DeAnna has continued taking on Nancy Pelosi by calling out issues on her Twitter account and her website.

Here's an email from Anthony Fauci to Cheryl Mills praising Hillary Clinton's "stamina and capability" during the Benghazi Hearings.

Also, notice how he claims she "hit out of the park" and makes sure to include that he "loves" her.

In the 2016 election cycle, Dr. Fauci's wife donated to a presidential candidate.

Can anyone guess who she donated to?#FireFauci

The fact that Fauci has worked for six Presidents is supposed to mean exactly what?

If you can survive six different political administrations, it just means you are willing to shift & bend whichever way the wind blows.