DATA: North Carolina - The Skinny - NC Dept of Commerce Issues New Claims Information - Only Half the People Have Been Paid? 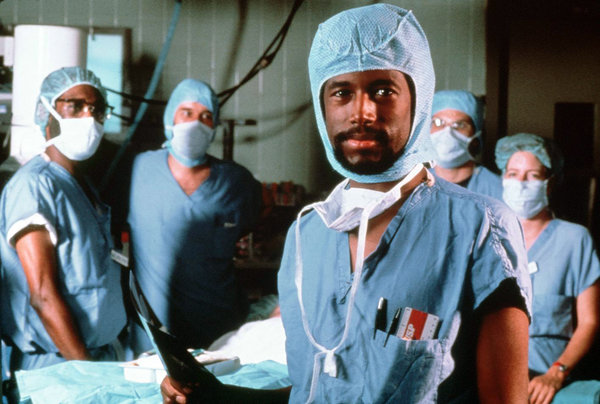 The former Chief Strategist for President Donald J. Trump called for the head of HUD, Dr. Ben Carson to oversee the World Health Organization, replacing Dr. Tedros, who he says is paid by the Chinese Communist Party.

“Tedros is a Running Dog for the Chinese Communist Party, and that is the worst thing you can get called in that culture,” Stephen K. Bannon, Chairman of Citizens of the American Republic and host of War Room Pandemic, said.

Days after Bannon’s call to defund the World Health Organization, as the heart of the global Corona Virus Pandemic, Trump defunded the WHO, during a press conference at the White House.

“We got false information from them.  That is deeply concerning especially when we put up the most amount of money. They did not call the problems.  There could have been little death and we could have prevented world wide damage, and they took China’s word at face value and even elevated them, and their story.  The WHO said there was no need for a travel ban. The WHO’s dependence on China caused great problems, Trump said.

Now Defunds WHO To Pass The Blame

Bannon’s podcast has been leading the media covering the Corona Virus Pandemic for months, Bannon said this week of the current leader “Tedros has to go, he has lied to people’s faces. 95% of this could have all been avoided if this had been dealt with in the 3 and 4th week of December if this has been known.  Now we have the destruction to people’s lives and the economy, and it could have been avoided.”

Bannon: Dr. Tedros has to go. He lied to people's faces about coronavirus. All of this could have been avoided.#WarRoomPandemic

Bannon called on Trump on the 11th of April about defunding WHO, calling the current leader a “running dog” for the Chinese Communist Party, saying that Tedros “kowtowed and suppressed”  information.

“I believe that Tedros knew on December 31 2019 that there was human to human transmission [of the virus] and he is guilty.  We should ask for our money back, Tedros must step down, we stop funding and immediately nominate Dr. Ben Carson.

Bannon: US must cut off all @WHO funding immediately.@DrTedros must step down. He is a running dog for the #CCP who kowtowed & suppressed #COVIDー19 information.

“Dr. Ben Carson, a brilliant brain surgeon, and the greatest American story ever.  He came from nowhere, out of public housing and volunteered to come back and run HUD, to help others like he was helped.

The gall of this guy, Tedros. Talking about an increased number of body bags, playing the race card.  Tedros is a Running Dog of the Communist Party and I know we are going to find out that he took money from the Communist Party.  We need Ben Carson,” Bannon said.

Bannon: If we put another penny into the @WHO, it has to be with Dr. Ben Carson attached to it

This story is developing…