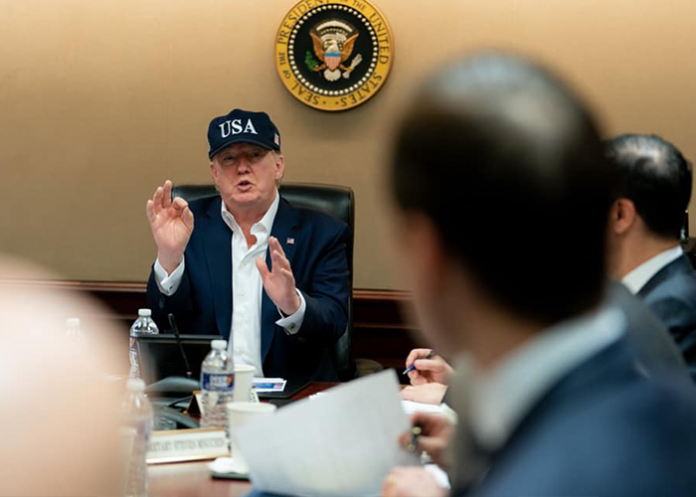 On Tuesday President Donald J. Trump tweeted a short video montage of average Americans who were doing acts of kindness to benefit of other Americans.

In the tweet is the uplifting message, “Together We Will Prevail”, and video of children who raised money to assist Trucker drivers and first responders,as well as people who were working together in their communities to assist the elderly during the China Flu, or Corona Virus crisis that has crippled American business, and hurt struck many Americans with unmet needs for themselves or their families.

TOGETHER, WE WILL PREVAIL! pic.twitter.com/uQBlz594dR

Also on Tuesday, Gallup released a poll saying 60% of people approved of Trump’s handling of Coronavirus.

“Trump’s response to the novel coronavirus pandemic may be behind his higher overall approval rating. Americans give the president generally positive reviews for his handling of the situation, with 60% approving and 38% disapproving. Ninety-four percent of Republicans, 60% of independents and 27% of Democrats approve of his response,” Gallup said.

Gallup: Trump's approval back to 49%, up from 44% earlier this month and matching the highest rating of his presidency; 60% approve of his handling of coronavirus, 38% disapprove. https://t.co/fVBDVx5wqU

His numbers by party show an increase even in the Republican party, where his approval ratings were usually around 90%.

60% of Americans approve of his handling of coronavirus against 38% who do not. pic.twitter.com/wTth3T7lDY

A reoccurring message from Trump to Americans is how much he loves them, on Tuesday he said   “My message is to all Americans, but to those Americans who are going through a lot–we love them, we’re with them, and we won’t let them down.”

On Monday, Trump told Americans not to blame Chinese Americans for the Chinese Communist Party’s actions, by reminding people that Americans are not to be divided, as the news media had been working on the prior week, by calling Trump and his supporters “racist” against Americans from Chinese backgrounds.

“We will prevail together,” Trump said.

Cowboy Up: “We Won’t Be Scared Into A Box, That Is What Communists Want”, Couy Griffen Talks About the American Spirit

AMERICA FIRST: Gaetz Shuts Down Communists, “We Are No Longer The World’s Fools”