Dems Want Biden To Pick A Republican For "Trans-Party", Romney's Name Thrown In 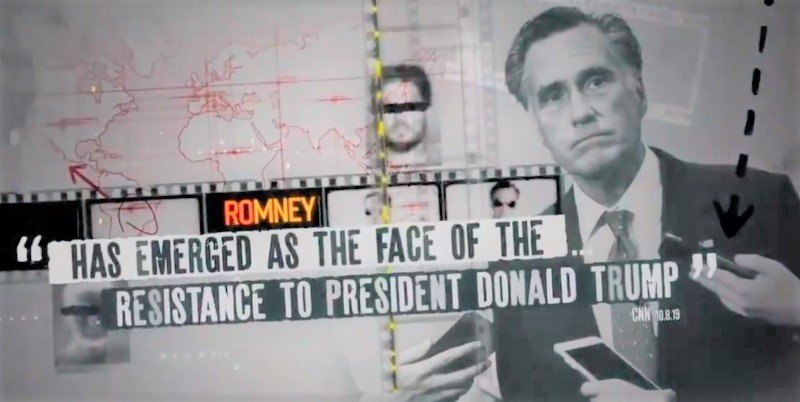 Biden said he would, indeed, consider choosing a Republican for a running mate. Responses from average Democrats showed both alarm and fear.

.@JoeBiden was asked if he would consider choosing a Republican running mate if he is nominee for a show-of-force unity ticket:

“I would” Biden said but added he couldn’t think of anyone at the moment.

Politico had already floated the idea of a Biden/Romney ticket almost two weeks ago, conjuring up a favorite of their’s, deceased former Senator and Never Trumper, John McCain.

From the Politico article:

“Biden is one of our most esteemed and admired leaders. His favorability ratings have touched the 60-percentile range. He appeals to the kind of working-class voters Democrats have been bleeding to Republicans over the years. Most important, he could make a good president, and not just because he has a deep mix of domestic and foreign policy experience; he also has the character for the job. His eulogy at the McCain funeral was not just a riveting and poignant tribute to his good friend, but a testament to Biden’s own genuine grace and good humor. The speech salved some of the grief of those in our nation who worry that McCain’s passing has left a gaping hole in America’s moral fabric.”

“Now here’s what Biden should do next: Pick a Republican running mate in a “trans-party” third-party run for the White House,”Politico wrote.

The political class in DC and New York must all have head injuries or took the bad coke.https://t.co/YJ70kEwgDu

Speculation had started days after Trump’s nomination in Cleveland at the Republican National Convention in 2016, that Romney would be one of many Republicans who would attempt a primary challenge against Trump, however, Trump is enjoying a shocking 95% approval rating in the GOP.

The largest party in the USA is the "Non Voter" party. But the DNC wants us to move right so we trick undecided centrists. We do that and the non-voter party gets bigger every time but oh well, it's good for the donor class which pays the bills of the DNC.

You heard it here first… Developing….