Communist Millennial Americans Want To Be Controlled By The Government 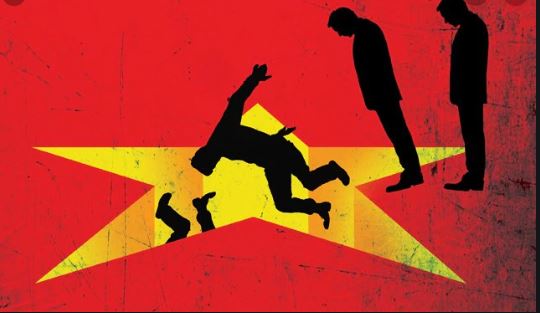 Victims of Communism Memorial Foundation recently released findings showing that an increasing number of young Americans want to be controlled economically by a large centralized Government with omnipresent authority over their lives.

Communism, which is a government system to control masses of people by controlling their economic opportunities and successes, is gaining popularity among a group of Americans born, generally, between 1981 and 1996.

Market Watch is an American financial information website that provides business news, analysis, and stock market data. It is a subsidiary of Dow Jones & Company, a property of News Corp, which also owns The Wall Street Journal and Barron’s, released an alarming study last week, exposing the details of this growth in popularity for the anti-Free Market model, many Americans have desperately tried to stop from takin hold on American soil.

36% of millennials polled say that they approve of communism, which is up significantly from 28% in 2018. https://t.co/Wtij9H8EoT

Market Watch reported that 70% of Millennial voters responded that they would likely vote for Socialism.

“The historical amnesia about the dangers of communism and socialism is on full display in this year’s report. When we don’t educate our youngest generations about the historical truth of 100 million victims murdered at the hands of communist regimes over the past century, we shouldn’t be surprised at their willingness to embrace Marxist ideas.”

According to the pro-Communist writings of Karl Marx, as in the Communist Manifesto, Communism transfers all ownership of business and property to the “proletariat”, meaning the state. Therefore, the Government or “The State” has ultimate control.

In their Utopia, the gamble is on whether or not the Government will favor Millennials the most, to allow the most access to resources, employment, wealth and property.  In a Communist/Socialist system, as evidenced by recent disastrous economic conditions around the world, there is no growth, so there is a decreasing “economic pie” to split up.

Millennials often romanticize Socialism as “free association”, sort of like how the 1960’s were seduced with “free love” to throw off the shackles of responsibility, and no matter how many times events around the world prove to Socialists that Socialism is merely a way of breaking down a society, so Communist can come in and “fix” the problems and save everyone with Government dominance, they never seem to be able to make the logical conclusion that America is already established as “Free Market”.

Americans who oppose Communism need to take action to educate Millennials that Socialism is just a tool, a facade, and they are going to destroy all that is good in America with their romantic vision of being dominated by the Government.

and a Great short film: