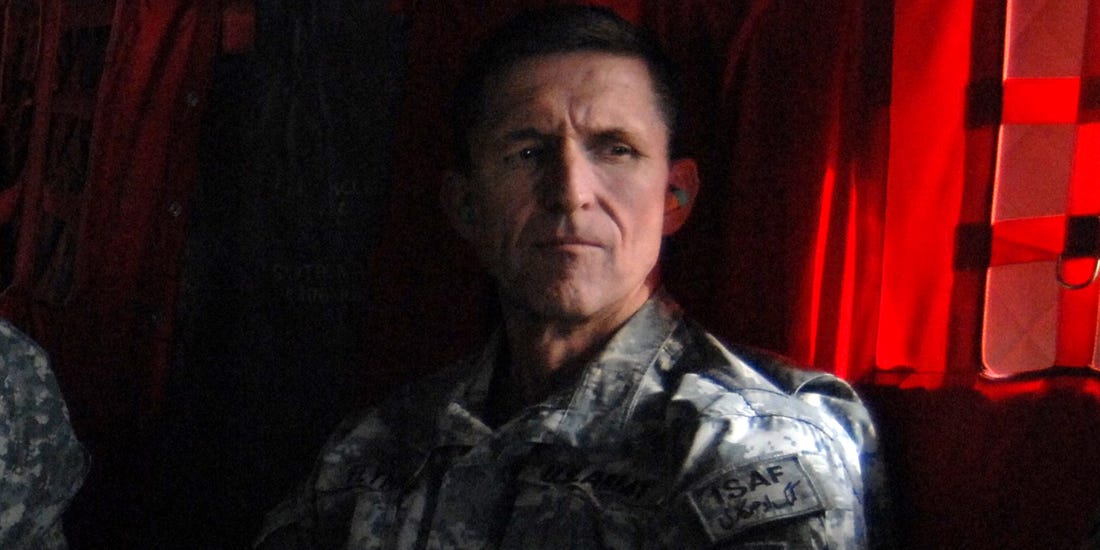 Sunday, in a series of posts on Twitter, the sister of General Michael Flynn, Barbara Flynn Redgate, pleaded with  Republican Senator Chuck Grassley, and Republican Representatives, Mark Meadows and Louie Gohmert to release the “Pre and Post briefs” of her brother’s attendance at an event in Russia, for which the Government used to open a spy case against him.

Flynn Redgate has repeatedly said that there are records of her brother being briefed, by the Dfense Intelligence Agency, (DIA) about the event in Russia, both before and after he attended, showing that he did not do anything to warrant being spied upon by the Obama administration, or anyone in the Intel agencies.

The Michael Horowitz Department of Justice Inspector General report on the biases of the intelligence agencies that was recently made public, confirms there were “Pre and Post Briefings” for Flynn, but the public has yet to see the information in the briefings themselves.

The briefings were also, suspiciously omitted by the FBI, when they needed a reason to spy on Flynn, a three-star general and a former Director of the Defense Intelligence Agency.

Redgate confirms there is knowledge of the briefings, and asks for help getting them released:

She adds that the information was omitted by the FBI in their investigation of Flynn, an appointee of former President Barack Obama, so they could open a Counterintelligence (CI) against Flynn for the purpose of spying on him in 2015:

This is the exculpatory information omitted-DIA sanctioned General Flynn’s Dec 2015 travel to Russia &there was a briefing before&after travel!Yet FBI used that travel to Russia in Dec 2015 to open CI operations against Mike Aug16 2016& Pientka spied on him on Aug17! @potus FEdUp

Redgate adds that Special agent Joesph Pientka “ambushed and framed” her brother and points to pages 340 – 343 as proof.

Redgate is the administrator of the Legal Defense Fund for her brother and is an avid researcher on the case against her brother.

“It is frightening to see what the Government can do to destroy General Mike, my brother.  If they can do this to him, they can do it to anyone,” she told Citizen Media.

The fund to defend Flynn is at Michael Flynn Legal Defense Fund.