In Time For Hanukkah, Jews For Trump Make Video That Goes Viral

VIDEO: Gutfeld says Trump is Stingy with Blood and Treasure 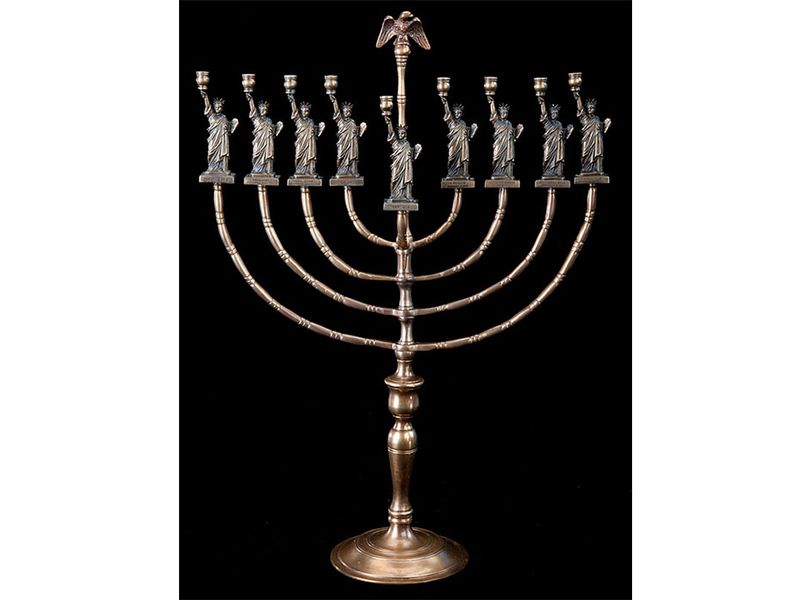 *It’s one day after impeachment*

Me: Hey Siri, who’s the President of the United States?

Support for Trump from the Jewish Community has increased greatly and caused great excitement for Republicans looking to win the 2020 election.  Jewish Americans have long been a funding superpower of the Democrat party.

To show support of Trump, an avid defender of Israel, other Jews joined the “Ask SIRI” game and also made a video for social media:

In an era when Democrats Booed God at their political convention, and Trump is making bold and historic policy changes, favoring Jews, it is not to surprising to find that even Democrats know why Trump is winning Jews over.

Dov Hikind, a former Democratic state legislator in New York who represented a Brooklyn district with a large Jewish population for more than 30 years, said he believes Democrats could “pay a heavy price in terms of the Jewish community,” especially in swing states with large Jewish populations like Florida.

“I would not call the Democratic Party anti-Israel or anti-Jews, but the party has a problem with Jews and Israel,” Mr. Hikind said.

The group is defensive of Trump, in return for his strong support of their religious freedoms:

You set fires and then show up with a broken fire extinguisher. Please stop. And get yourself a mirror. https://t.co/672ac5v7rF

Earlier in the week Trump had a celebration for Hanukkah and signed an Executive Order.

The Hill reported,” President Trump signed a new White House executive order that will make it easier for federal agencies to combat and prosecute a rising tide of anti-Semitic violence, particularly on America’s college campuses.

The new order, announced Tuesday by the administration, will clarify portions of the Civil Rights Act to empower federal agencies to consider anti-Jewish bias when it investigates potential hate crimes. The order will effectively ensure that federal investigators consider anti-Jewish and anti-Semitic motivations when investigating infractions related to Title VI of the Civil Rights Act, which prohibits discrimination based on race and national origin.”

WATCH a video of the Hanukkah celebration:

Austin recently sent a remarkable letter to the President summing up the meaning of Hanukkah and why we light the Menorah and place it by the window. pic.twitter.com/YLNGEZPd7G