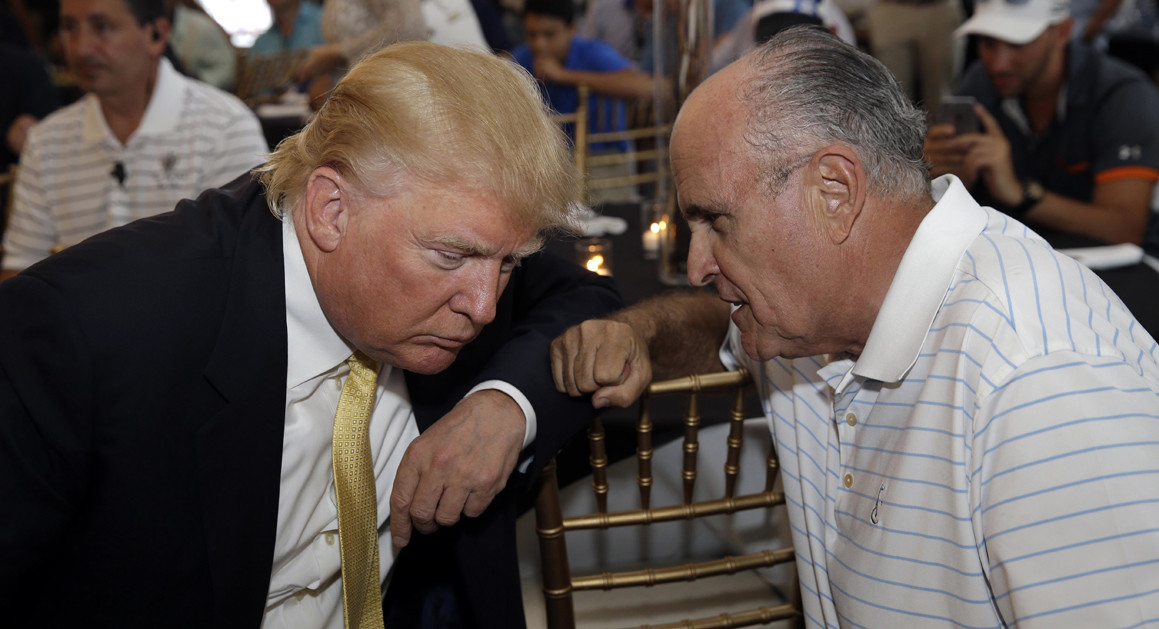 President Donald J. Trump was on Fox and Friends, Friday morning for an almost 1-hour interview, giving his point of view on the impeachment hearings and other issues.  It was the first time Trump was allowed to defend himself from the charges that he acted improperly on a phone call with the President of Ukraine.

In the interview, Trump deconstructed numerous points brought up in testimony against him over the past two weeks in the House Intelligence Committee, led by Democrat Adam Schiff (D-CA).

But the Democrats and the Media,  who are desperate for Trump to be guilty, have decided to ignore the point Trump made about Rudy Giuliani, his personal lawyer.

Trump: Says there's no way Holmes could have heard the phone conversation.

Also Trump: Practically screams into the phone for 53 minutes on Fox and Friends.

Democrats, who want to impeach the President over anything that isn’t nailed down, insist that someone could hear a damaging conversation from a phone conversation, from across a crowded room.

They insist upon it. They insist this will cover up for historic corruption in Ukraine.

It is obviously their narrative and the basis for the Impeachment inquiry, that Trump said things on a phone call that was overheard by someone:

Trump pushed a false right-wing conspiracy theory saying Ukraine hacked into the Democratic National Committee's server during the 2016 election. It was among a number of false and nonsensical claims he made on “Fox & Friends.” https://t.co/tdpy6FBMpu

But Trump also talked at length about why he chose Giuliani to investigate the Ukraine ties to corruption between the DNC and Hillary Clinton 2016 Presidential Campaign, who used the region to launch attacks at Trump at the time.

Because he wasn’t going to release American Taxpayer funds into the region until he knew that the new reform leader, newly-elected President Zelensky was not going to use military aid for corrupt purposes.

Also, Giuliani has said he was investigating the prior Democrat Russian Hoax against Trump to clear him, when he was directed by Ukrainian prosecutors to look into Ukraine’s involvement with the corruption of the 2016 US election caused by Trump’s opponent, Clinton.

Republicans should support Rudy Giuliani much more adamantly. He has been there for our country and our party. He has campaigned tirelessly for the GOP in a span of 20+ years. He is helping us fight the corrupt Democrats. All of us should have his back. pic.twitter.com/R1IjT9flgW

Giuliani also has a long history of slaying crime in the United States and also in the Streets of America. “He is a crime-fighting icon,” Trump said.

“That is why I chose him,” said the President of the United States, Donald J. Trump.