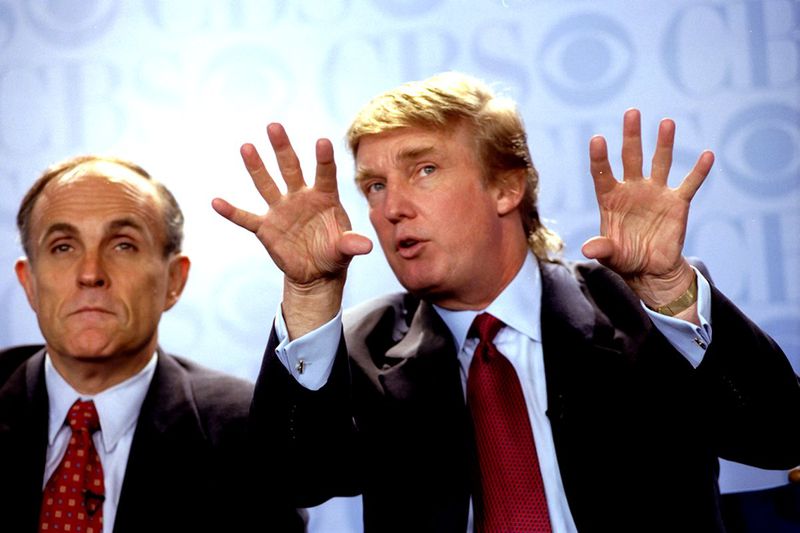 Rudy Giuliani is the personal lawyer for President Donald J. Trump, and his name is all over the impeachment hearings, in the testimonies this week in the House Intelligence Committee. Numerous people are casting blame for improper American Foreign Policy, on Giuliani.

A number of career bureaucrats are testifying that Trump was involved in improper behavior by setting foreign policy with Ukraine that was directed by Giuliani but not approved by Ambassadors and Russian experts in the Federal Government establishment.

Thursday’s testimony by Fiona Hill who calls herself a “Russian Realist”, is seen as further Swamp-y or established government protecting themselves and their policies.  The testimony, for two weeks, has centered on an established order for policy setting, which Trump disrupted, hurting the feelings of some government workers.

Trump had a series of calls with the new reform party President of Ukraine, further setting a divide between politicos and outsiders who represent the people of Ukraine and America.

The blame for the shift in policy that is hurting the feelings of career potiticans, is currently being placed on the influence of Giuliani, who has involvement with reform movements in Ukraine, upon Trump who Democrats claim doesn’t care about corruption in Ukraine.

Giuliani knows the anti-Corruption and anti-Russian leaders in Ukraine and has been working on Trump’s behalf to clear Trump’s name in the 2016 Russian Collusion Hoax.

Giuliani says that his investigation into the origins of the Russian Collusion Hoax took him to Ukraine because Ukrainian prosecutors working on anti-corruption contacted Giuliani, something the Democrats are urgently trying to cover up.

Giuliani, former New York City mayor and former prosecutor, is responsible for breaking up and disrupting most of the major crime syndicates in US History.

At the same time Giuliani is being thrown under the bus by witnesses who want Trump impeached, he is on The Blaze TV asking the Senate to investigate his claims that Ukraine was involved with the 2016 collusion with Russia.

"He was frequently on television, making quite incendiary remarks about everyone involved in this. He was clearly pushing forward issues and ideas that would probably come back to haunt us. And in fact, I think that that's where we are today."

Giuliani told Glenn Beck he wants the US Senate to start calling in witnesses from Ukraine who will prove his what he is saying is true, that all of the collusion that Trump was accused of doing with Russia during the 2016 election, was happening in Ukraine with the Democrats.

That is what this impeachment is really about.

If you missed @glennbeck's exclusive interview with @RudyGiuliani, get caught up now!

Giuliani is not backing down.  On The Blaze, he said he had proof of money laundering and other crimes. According to Giuliani the election interference for 2020 is also on the Democrats.

THE BIDEN DOCTRINE. @realDonaldTrump is a candidate for President. Schifty’s Committee and any other prosecutors are deliberately interfering in the 2020 election and must stop now. https://t.co/9xWtdK6gqn