Government Corruption and Murder, Thanks to Obama Administration

The Colonel - A Special Forces Soldier's Take on Bounty Hunters

Adam Schiff and His Anti-Brexit Plot 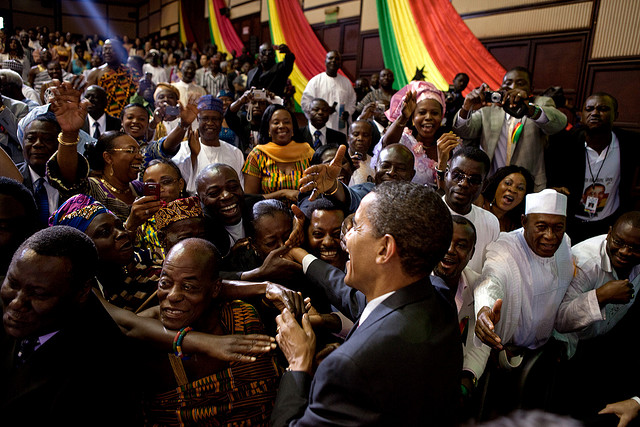 Genocide is “the deliberate killing of a large group of people, especially those of a particular ethnic group or nation.”  That is what is happening in Nigeria.   Many citizens of Nigeria are turning to social media to report on massive government corruption and also of murder.

“We are tired of burying our priests” Catholic leaders have been reported saying, as genocide of Christians goes on in Nigeria.

Muhammadu Buhari, the Muslim president of Nigeria — who reached that position in part thanks to former US President Barack H. Obama — continues to fuel the “genocide” of Christians in his nation, according to Nigerian Christian leaders.

Nigerians are also reporting that relatives of corrupt government officials, notably the wife of the current president Buhari fan of former President Barack H. Obama, and other family members have been taking advantage of the perks and ties to large corporations and stealing from their wealth.

DID OBAMA BUILD THIS?

From the Twitter account of the People’s Democratic Party “The party says the distortions and groundless attack on President Jonathan is a desperate tactic by the @OfficialAPCNg and the@MBuhari Presidency to divert public attention from the recent shocking corruption and the fraud revelations in which close relatives and confidants of Mr. President are mentioned.
Our party has equally been made aware of how the APC and the Buhari Presidency have been desperate to divert public attention from the administration’s obnoxious decision to further oppress Nigerians by reintroducing tollgates on our highway, increasing Value Added Tax (VAT), electricity bill and other tariffs as well as their despicable plot to sack government workers.
The PDP charges the APC and the Buhari Presidency to perish the idea of thinking that this unnecessary distortion on the Jonathan administration would bury the demand for an inquest into the Danu racket through which billions of naira meant for the wellbeing of Nigerians are allegedly being diverted to private purses.
The PDP invites Nigerians to note how the @OfficialAPCNg had remained silent since revelations that its key leaders and the cabal at the Presidency are involved in the stealing of over N14 trillion meant for the wellbeing of Nigerians.
Our party further challenges the APC and the Buhari Presidency to speak out on the alleged diversion of the N500bn meant for the Social Investment Programme among other humongous fraud directly perpetrated under the Buhari Presidency,” was posted on social media Sunday.
JOBS FOR THE CITIZENS OVER WEALTH FOR THE GOVERNMENT ELITE

Reported in an interview for Cruxnow.com, about slain clerics and a hidden agenda,
“According to Father Valentine Obinna, a priest of the Aba diocese in Nigeria, his fallen brethren are the latest casualties in a cycle of violence that has gripped the whole of Nigeria in recent years – a cycle he says that is rooted in corruption and a “hidden agenda” that got out of control.”

“Everybody sees that we have the resources that will give them good work, to have a good life, but they are denied it. That’s why they are really agitated,” he said. “The youth want a better life.”
Related Topics:
Up Next