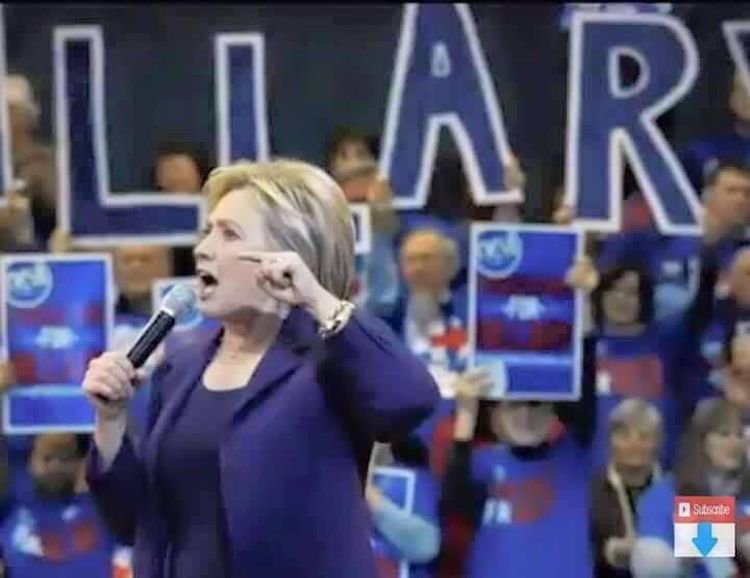 Friday, Former First Lady and 2x former Presidential Candidate, Hillary R. Clinton posted on her Twitter account a favorite lie that she had written NASA when she was a “little girl” and wanted to be an astronaut.

“They wrote back and said they weren’t taking Girls,” Clinton posted.

When I was a little girl, I wrote to NASA and told them I dreamed of being an astronaut.

They wrote back and said they weren't taking girls.

A new generation of little girls watched today's historic spacewalk. May their dreams of reaching the stars have no bounds. https://t.co/MRR9OVmou7

Citizen Media calls that a lie.  Untrue. Nope.  It didn’t happen that way.

The first US Astronauts were selected in 1959 when Clinton was 12. The pool of astronauts was taken from a pool of military pilots, which Clinton was not at the time, and never did become in her life.

✔@obianuju posted,” Can you show us a copy of the letter they wrote back to you? Or did they email you the response? Did you delete it?”
According to NASA:
“Women first worked in support as administrators, secretaries, doctors, psychologists, and later engineers. In the 1960s, NASA started recruiting women and minorities for the space program. By the end of the 1960s, NASA had employed thousands of women.”
Read more
NASA’S 1960 WOMEN’S PROGRAM

“Lovelace’s Woman in Space Program was a short-lived, privately-funded project testing women pilots for astronaut fitness in the early 1960s. Although nothing concrete resulted, the women who participated have since been recognized as trailblazers, whose ambitions to fly the newest and the fastest craft led them to be among the first American women to gain access to sophisticated aerospace medical tests.The Woman in Space Program began as an Air Force project that grew out of two researchers’ interests in women’s capabilities for spaceflight.

Although the Lovelace Foundation for Medical Education and Research was a private organization, Dr. Lovelace also served as head of NASA’s Special Committee on Bioastronautics. When Cobb became the first woman to pass those tests, Lovelace announced her success at a 1960 conference in Stockholm, Sweden. As Cobb coped with the ensuing publicity, Lovelace invited more women pilots to take the tests. Jacqueline Cochran, the famous pilot, businesswoman, and Lovelace’s old friend, joined the project as an advisor and paid all of the women’s testing expenses.”

Can anyone get the message to Hillary that we can all use google now?