New Southern Wall Project Gets 1 Billion From The Pentagon

All About The Veto! 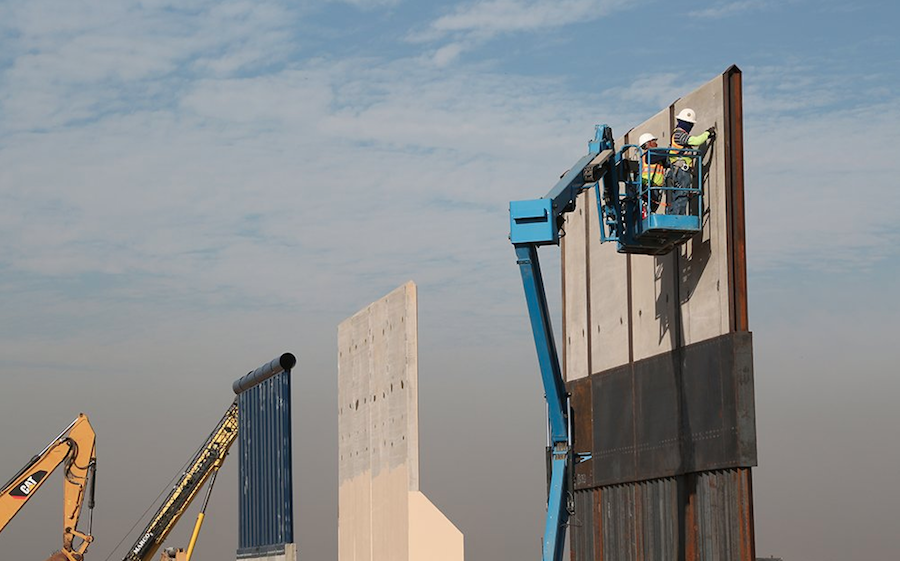 Monday, the Pentagon told Congress that they have authorized 1 Billion Dollars to be transferred for new wall construction along the US- Mexico Border.

“In a letter to Homeland Security Secretary Kirstjen Nielsen, acting Defense Secretary Pat Shanahan said the Pentagon is reprogramming the funds to build fencing along 11 drug-smuggling corridors,” said Mallory Shelbourne, a Navy and Marine reporter for the Hill.

It was announced today by the U.S. Treasury that additional large scale Sanctions would be added to those already existing Sanctions on North Korea. I have today ordered the withdrawal of those additional Sanctions!

Thank you to law enforcement for your support of the men & women of @DHSgov. We're truly grateful for your commitment & partnership in ending human trafficking & child exploitation—and combatting the flows of illegal drugs fueling an ongoing public safety epidemic in our country. pic.twitter.com/d4kTkpkeeY

CNN reported that Democrat Lawmakers objected. “Every Democratic senator on the Senate Appropriations Committee’s subcommittees on Defense and Military Construction, Veterans Affairs and Related Agencies signed on to a letter written to acting Defense Secretary Patrick Shanahan objecting to moving $1 billion in personnel funds to counter drug funds to go toward the wall,” they reported.

Acting Defense Secretary Patrick Shanahan is visiting troops on the southern border and sites where the Department of Homeland Security has requested Pentagon assistance to combat drug smuggling. https://t.co/DV3Y5lhxpW pic.twitter.com/rpDH0xT6Ug

Pentagon authorizes up to $1 Billion to support the border wall.#BorderWall pic.twitter.com/yZgm9hFJjA

The Colonel – The Afghanistan Issue

All About The Veto!