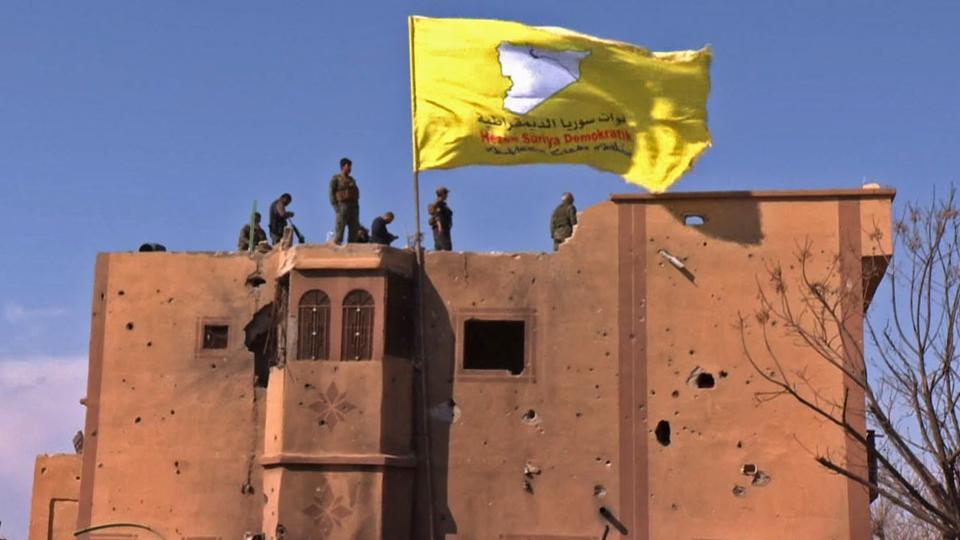 “This is obviously, for those of us who have worked on the Middle East and worked on Syria and worked on the efforts to defeat ISIS, a great day, a great weekend, with the victory over the last ISIS territorial caliphate positions along the Euphrates in Syria,” Jeffrey said.

“This is not the end of the fight against ISIS. That will go on, but it will be a different kind of fight. ISIS has lost much of its capability to project terrorist power and to have a recruiting base in an area that it controls, so it’s a very, very important development. The development was carried out by a coalition of 79 countries and organizations led by the United States. At the height of ISIS’s power it controlled 40,000 square miles, at the beginning of this administration 20,000. It lost all of that territory. It had almost 8 million people under its sway. Now it has no one. It had somewhere between 35,000 and 100,000 fighters. They’re all in prison or dead or fled.

And now we’re working to deal with the immediate situation – humanitarian, reconstruction, and stability – and essentially counterinsurgency against ISIS in the northeast of Syria as well as in neighboring Iraq. Let me mention before we get to the questions the sacrifices of our partners in the Iraqi military, in the Syrian SDF, among other coalition members, and of our own forces in the fight against ISIS. Thank you very much” he said.

“World leaders were quick to hail Saturday’s announcement by the Kurdish-led Syrian Democratic Forces that the last shred of land controlled by IS in Syria had been conquered.

But the top foreign affairs official for the country’s semi-autonomous Kurdish region warned IS members captured during the assault still posed a threat.

There are thousands of fighters, children and women and from 54 countries, not including Iraqis and Syrians, who are a serious burden and danger for us and for the international community,” Abdel Karim Omar said.

Jeffrey said the plan for the US, “Right now the focus is on getting countries to take back their own foreign terrorist fighters. A large percent of the total that have been captured by the SDF are Iraqis or Syrians, and those people – there is a process underway to get those people back to Iraq and back to their Syrian communities for deradicalization and reintegration or in some cases punishment, and we’re focused on that as our first priority.

The second priority is to pressure countries to take back their own citizens who may or may not have committed crimes under their systems. We think that’s vital, and that’s what we’re focused on.”